An Error "User Menu ID is undefined" is coming while any command is given in Menu Shortcut at Finacle MIS Server. The error is looking like below screen shoot. 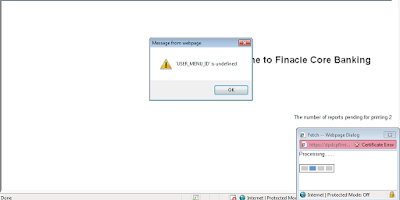 Date of Implementation of "VERY GOOD" Bench Mark for MACPs effect from 25.07.2016 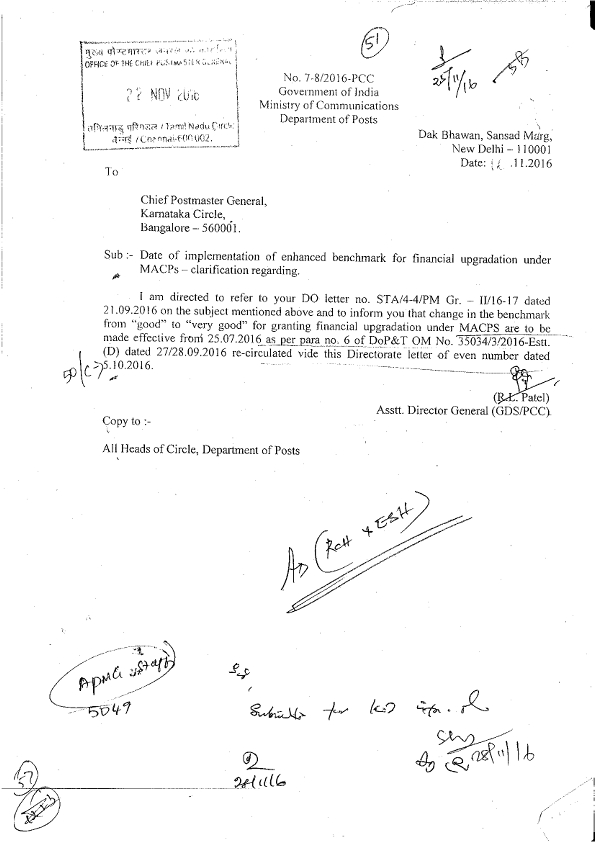 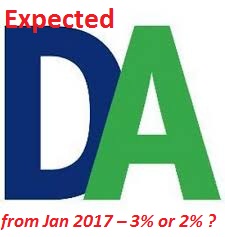 As per AICPIN release for October month we have computed expected DA from January 2017, this is only on assumption basis. AICPIN value may vary for November & December 2016.
Illustration 1:In case AICPIN value more than 277 for Nov & Dec 2016, then Dearness Allowance from January 2017 will be 3%
Read more »
Posted by Unknown at 19:00 4 comments:

Email ThisBlogThis!Share to TwitterShare to FacebookShare to Pinterest
Labels: DA

One minute talk time for each Rupee in Airtel Payments Bank 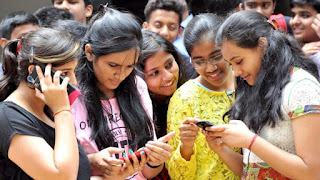 “We are confident that this additional benefit along with the industry-best interest rate on deposits will encourage customers to open accounts with us and give a big boost to customer acquisition,” Shashi Arora, MD & CEO, Airtel Payments Bank said.

The company said any customer opening a savings account with Airtel Payments Bank, will get one minute of talk time  on his/her Airtel mobile for every Rupee deposited, however this will be applicable only for Airtel to Airtel mobile calling.
Read more »
Posted by Unknown at 20:11 5 comments:

Email ThisBlogThis!Share to TwitterShare to FacebookShare to Pinterest
Labels: DA 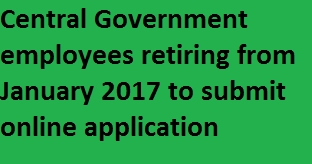 No. 55/14/2014/P&PW(C)Part-1
Government of India
Ministry of Personnel, Public Grievances and Pension
Department of Pension & Pensioners’ Welfare
3rd Floor, Lok Nayak Bhawan,
Khan Market, New Delhi
Dated: 29th November, 2016
OFFICE MEMORANDUM
Sub: Processing of Pension cases mandatorily through Bhavishya (Online Pension Sanction & Payment Tracking System) w.e.f 01/01/2017 – reg.
Department of Pension and Pensioners’ Welfare is responsible for formulation of policy and coordination of matters relating to pension policy and welfare of Central Government pensioners. It has been seen that despite detailed guidelines and instructions to the contrary a large proportion of retiring employees do not get their retirement benefits and the Pension Payment Order(PPO) in time. It is likely that such retired employees find it difficult to get the process completed after retirement. The sanction process starts more than a year before the date of retirement and requires cooperation amongst various agencies. This department has, therefore, launched Bhavishya – an online pension sanction and payment tracking system. The system by keeping track of the progress of each case introduces transparency and accountability. Both the retiring employees as well as administrative authorities can monitor progress at each stage.

Sub: - Submission of Pre-budget Views of Central Government employees for consideration and inclusion in the Central Budget for the year 2017-18 – Request – Regarding.

Confederation of Central Government Employees and Workers is the umbrella organization comprising of various Unions/Associations/Federations of the Central Government employees. Central Government employees are the important segment of the society and contributing for the growth of this country through effective implementation of the policies of the Government of India. Hence, the views of this segment of important stakeholders, I submit, may also be heard and considered. With this request, this organization is bringing the following views for consideration by your good self, as a part of the pre-budget exercise to finalize the budget for the year 2017-18.

Issues of the Central Government employees:
Read more »
Posted by Unknown at 19:26 2 comments: 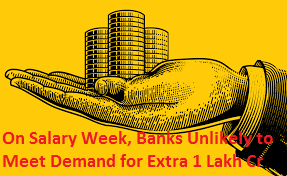 Lines in front of bank branches and ATMs are going to be even longer in the next few days. As salaries are likely to be credited in the accounts of employees, the rush to withdraw money to pay bills is going to increase manifold.
Even with multiple restrictions in place, people withdrew, on an average, Rs 12,742 crore everyday since 10 November. If past trends are any indication, the demand for cash increases by at least 5 percent in the first week of every month.
Reserve Bank of India (RBI) data reviewed by The Quint shows that in the first week of August and September this year, total balance in current accounts held with all scheduled commercial banks dipped by nearly 5 percent in the first week only to recover in subsequent weeks.While a section of government employees has the benefit of getting a part of salary in cash, scores of others will depend on the banking channels to meet their demand.
Read more »
Posted by Unknown at 19:11 1 comment:

Email ThisBlogThis!Share to TwitterShare to FacebookShare to Pinterest
Labels: General 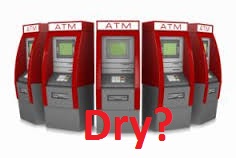 The central government’s decision to pay its 42 lakh Group C and D employees Rs 10,000 each in cash has one shocking fallout: a whopping 1.66 lakh ATMs, 82 per cent of India’s total cash machines, could have used that money to ease the serpentine queues before them.
As November ended and salaries were supposed to be paid, the government decided to pay its Group C and D staff Rs 10,000 in cash to ease pressure on the banks, already reeling for more than three weeks after demonetisation was announced on November 8.
Pay Commission figures say Group C and D employees constitute nearly 89 per cent of the 47 lakh government employees. If each is paid Rs 10,000, the total payment in cash sucked out of the system comes to over Rs 4170 crores.
Read more »
Posted by Unknown at 18:56 2 comments:

Email ThisBlogThis!Share to TwitterShare to FacebookShare to Pinterest
Labels: General 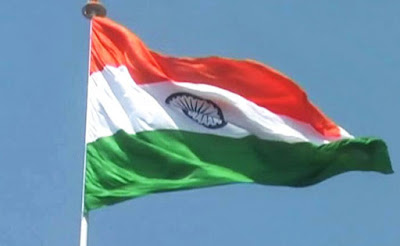 The national anthem must be played in cinemas before movie screenings and all exits will be shut during that time, the Supreme Court ruled on Tuesday. The court stressed that everyone should rise for the anthem, with the national flag on the screen, because citizens "are duty-bound to show respect to the national anthem which is the symbol of the constitutional patriotism."

The idea, said the court, of "any different notion or the perception of individual rights...is constitutionally impermissible."

In a ruling that raised eyebrows, the court also said while the anthem is playing, all theatre exits should be closed - which instantly raised questions about emergencies like a fire. Lawyers say the movement of people in and out of the hall in the middle of the anthem is interpreted as disrespect.
Read more »
Posted by Unknown at 20:33 14 comments:

What I have done